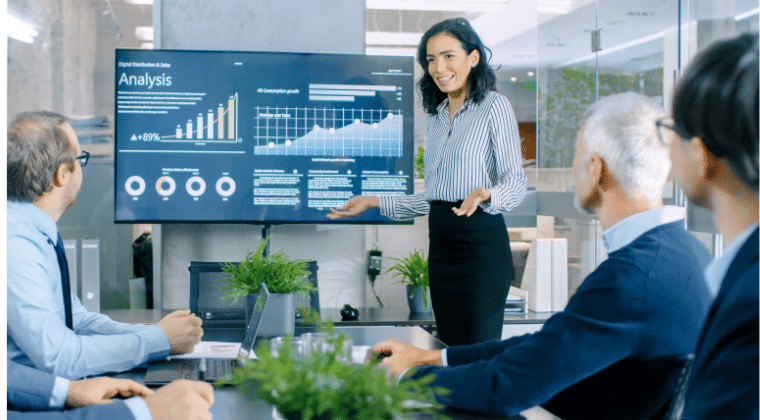 This data services company had found success but was leaning too much on the founder for sales. ClozeLoop deployed its Triangle Selling sales methodology to help improve performance today, and also laid the groundwork for seamless promotions from the BDR to AE role.

This company had grown to more than 60 employees on the back of its strong product and the CEO's ability to close deals.

After building out a sales team, the organization realized that they were having many conversations with prospects, but closing few. And those that were closing were a result of discounting as opposed to a repeatable sales process.

Additionally, the management team lacked visibility into what was happening in prospect meetings.

ClozeLoop rolled out Triangle Selling to the team, creating a framework-based structured approach to selling.

Additionally, ClozeLoop helped them hire a Director of Sales to oversee both BDRs and AEs, and encouraged the client to purchase call analytics technology to get greater insight into what was going on inside of deals.

Beyond the initial engagement, the ClozeLoop Premium Success Program ensured continued growth across the team.

Following their engagement with ClozeLoop, opportunity to close rates more than doubled.

Additionally, the team was able to successfully build a BDR to AE promotion path that resulted in 100% of the promoted AEs achieving quota in their first quarter post-promotion.

Today, all sellers conduct pain-based discovery calls, perform engaging demos that drive velocity, and close in a faster, more predictable manner, at more than double the rate that they did before ClozeLoop.
Download Case Study

ClozeLoop built out a growth engine
that secured a $25MM Series A.
Read the case study

From $100K per month burn rate to
profitable in less than 6 months!
Read the case study

ClozeLoop built out a growth engine that secured a $25MM Series A.
Read the case study

From $100K per month burn rate to profitable in less than 6 months!
Read the case study

ClozeLoop built out a growth engine that secured a $25MM Series A.
Read the case study

Thank you! Your submission has been received!
Oops! Something went wrong while submitting the form.

Data Driven Scaling and Massive Success with Sean Higgins
Life isn't easy but can it be made easier? That's what Chris Westfall believes
Systems to Scale from $0 to a $1B Valuation with Chase Harmer
The SECRET To Hiring Salespeople
The Winning Zone - Kevin Wilson, VP of Sales at Fiix on Growing 765%